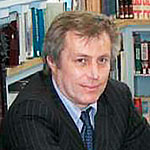 The principal attorney at the Law Offices, Dr. George Lambert has been working in the domain of international law for over 20 years, first as a researcher and expert. He has published over 50 professional articles and two books concerning international law.

George Lambert usually represents plaintiffs in his cases. In addition to cases in Washington D.C. and in Boston, attorney Lambert has litigated cases on a pro hac vice basis in dozens of courts nationwide. His representative cases are enumerated below.

Prevailing on appeal in the U.S. Court of Appeals, 2nd Circuit
Attorney Lambert successfully argued in the appellate proceeding in New York to retain the win on trial of his client.

Collection of debt, deriving from unimplemented cinematic project. George Lambert represents a cinematic company in its suit against a New York-based company and its two principals that obtained a $200,000 advance and then converted it.

Prosecuting a claim against foreign agency deriving from an exploration concession. George Lambert represents three American claimants against a foreign agency, that revoked a concession license. The case is related to the oil exploration and development in Central Asia.

Claims driving from the conversion of the interest in the oil exploration overseas. Attorney Lambert represented plaintiffs in the case brought on the basis of the Racketeer Influenced and Corrupt Organization Act. That matter represents multi-forum litigation, with altogether more than 30 parties. George Lambert has been working on that matter together with other attorneys.

Probate cases. In a particular matter, attorney Lambert represents a great grandson of a decedent to reopen the probate matter after almost 70 years of inactivity.